A few hundred businesses found ineligible for JobKeeper and business cash flow payments look set to receive delayed stimulus cash, the result of a review by the independent Inspector-General of Taxation.

The Tax Institute said on Thursday it was working with tax professionals around the country to help businesses that were unfairly denied coronavirus assistance payments, including being refused eligibility under “taxable supply”, or going concern, provisions.

JobKeeper, which spared thousands from losing their jobs, ended on March 28.

Exact numbers haven’t been disclosed by the Tax Office. 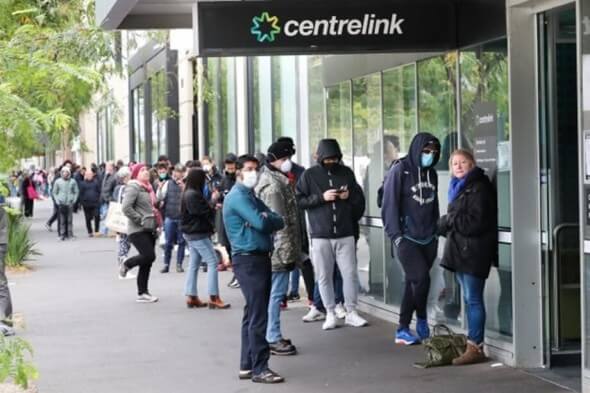 In December, Inspector-General and Taxation Ombudsman Karen Payne said for the purposes of JobKeeper and business cash flow support measures, evidence that a business was a going concern, or “taxable supply”, could be established where it made or acquired a financial interest, such as opening a bank account or registering for GST, in preparation for trading.

The moves could demonstrate the business was operational before the March 12, 2020, eligibility threshold for COVID-19 payments, even where the lodging of required business activity statements did not meet the initial test.

Some applicants were rejected because sales had not been reported in their business activity statement as lodged before March 12, or because they were not required to lodge a statement.

Tax Institute general manager for tax policy and advocacy Scott Treatt said only a small number of applicants were affected.

“Based on the numbers we are seeing through our membership, there may be no more than a few hundred eligible businesses nationally who were denied access to JobKeeper and the cash flow boost on this basis,” he said.

“It’s vital that those businesses are able to access the help they are entitled to.

“While the review process was open to everyone, it can be hard for business owners and their accountants to know where to start. We were proactive in helping our members to identify extra information in their client cases and escalate to the ATO.”

Treasury and Tax Office officials this week used Senate estimates to promise a “substantial” review of the $93 billion JobKeeper in coming months.

Ms Payne’s 2020 review found the ATO did not provide a number of new businesses with an opportunity to show evidence of having made taxable supplies before it determined they were ineligible for JobKeeper and cash flow support measures.

A number of Administrative Appeals Tribunal cases were settled by the ATO, but it opted not to contact all potentially affected taxpayers.

Mr Treatt said the Tax Institute had received about 40 requests for help, most of which were escalated to the ATO for review.

“JobKeeper was very successful in providing a lifeline to the economy when it needed it most,” he said.

“Tens of thousands of our fellow Australians were lining up outside Centrelink, in heartbreaking images which for many people brought back memories of the Great Depression.

“JobKeeper ensured that there was a formal connection between employers and employees – according to the Reserve Bank and Treasury at least 700,000 jobs.”

More information regarding the full Federal Court decision on backdated ABNs is available on the ATO website, here (about 1/4 way down the page).